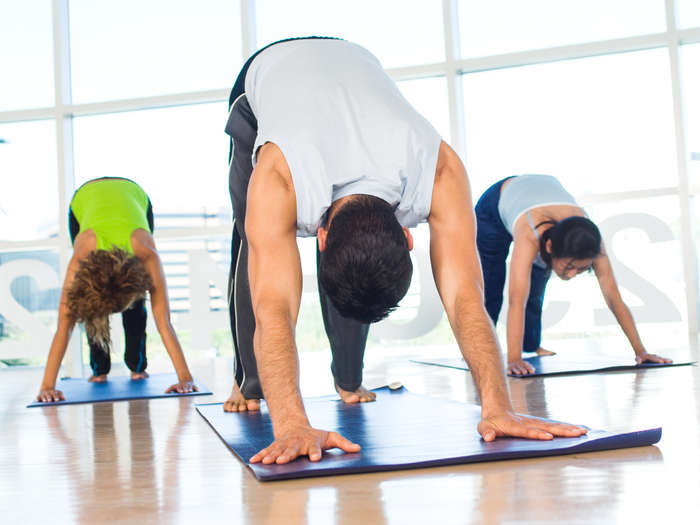 If you pay lots of attention to social media you may be under the impression that yoga is exclusively for the super-bendy, young and scantily dressed female. As wonderful as it is to be 20-something, look amazing in hot pants and touch your head with your toes in your Pincha Mayurasana I worry that this mis-representation of a ‘yoga’ runs the risk of alienating the 99.9% of the population who don’t fit this aesthetic.

For example I was grabbing coffee at the café under our studio and chatting to a bunch of tradies who are constructing apartments over the road. My suggestions to try out a class were met with laughter and derision. “Ha ha Yoga!! I can’t even touch my toes!”

If I had a dollar for every time I’d heard this I would be able teach all my yoga classes for free.

“If you can’t touch your toes you should bend your knees” I told them. More laughter.

These men definitely could use some yoga, they work all day bending over, lifting heavy things and standing with poor posture. I knew that they would benefit so much from the practice however they were put off before they’d even given it a good go by the preconceptions around it. If I was to say to them, hey you should come lift weights with me and then stretch a little bit I’m pretty sure their reaction would have totally different. However the benefits and the differences are not too great.

I decided to write a series of blogs on my students to show the diversity of yogis and yoginis.

Meet Ashton from St Peters in Sydney’s Inner West, just turned 50 who loves working on old cars and has THE most impressive wine cellar (OK it’s the only one I’ve ever seen…) 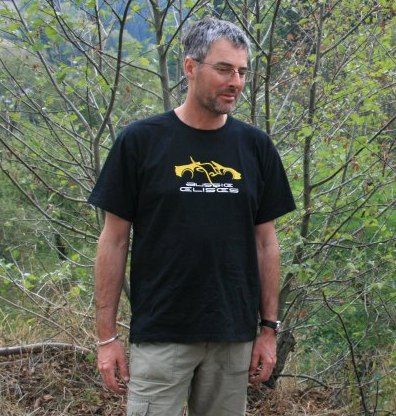 He came to yoga after he ruptured a disc in his lower back. A few months ago he could hardly bend forward, now Ashton is one of the most dedicated students at the studio I manage, Dancing Warrior Yoga:

How long have you been practicing yoga and how regularly on average do you practice?

I started yoga almost a year ago, and have been trying to make at least two or three practices a week.
What first bought you to yoga?

I prolapsed a disc in my back really badly in late September last year, and once I was able to walk, the only exercise my chiro allowed me was swimming and yoga, so I asked Matt if I could join a beginners class at Dancing Warrior.
Before your first yoga class were there any preconceptions you had about yoga that had prevented you from attending a class previously?

I had heard a lot of mixed stories, particularly around some of the more extreme forms of yoga (e.g. Bikram) but some great things over the years about Hatha. I had been meaning to find a studio for several years, so this was the shove I needed to get into it.

Can you describe your first yoga class experience?

The first class (and quite a few after that) was quite revealing and personally challenging – I knew I was very inflexible, but I had no idea just how stiff I was, nor how much strength I had lost in the six weeks I had been immobile. So the first four or five weeks were hard work as I got used to a completely new form of exercise and mental challenge. I loved the fact that the classes were specifically focused on newbies, and the detail of explanation around alignment and balance was excellent. At that time of the year the heat was quite oppressive, but otherwise we just got on with learning and gradually I became a little bit more flexible, and my strength started to return.

Did you have any injuries or illness when you attended your first yoga class?

Yes, I had the residual stiffness and weakness caused by having a prolapsed disc six weeks earlier.

What benefits have you experienced from a regular yoga practice?

Mentally it has helped to enhance my meditation, and physically it has transformed my recovery from the back injury. I have practiced meditation for about twenty years, and yoga certainly assists in furthering the benefits from that.
I can’t speak highly enough for the benefits it derives, the fun it engenders, and the sense of wellbeing that follows every yoga class; I would particularly encourage those who have either not taken the plunge, or have tried elsewhere and not necessarily found it so enjoyable, to try yoga again – it is the BEST! 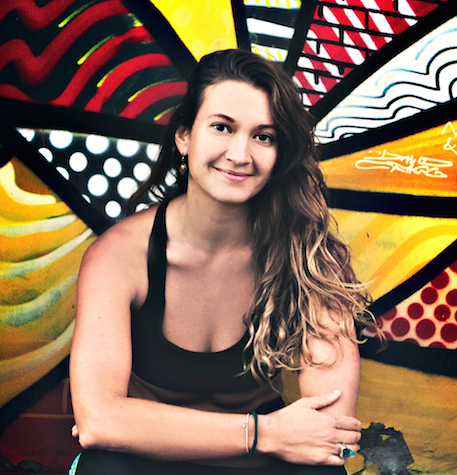 Clare is passionate about making yoga accessible to as many people as possible. She teaches yoga full-time to a broad spectrum of people and volunteers her time to various not-for-profit organisations. She is the studio manager at Dancing Warrior Yoga in St Peters and has just launched Anthropic Skin – her own range of ethical active-wear with her business partner Mathew Bergan.